MARITTA WINTER (1961, born near Freiburg, Germany) lived and worked in France between 1984 and 2010. In 2011 she moved to Switzerland where she now resides at the Zurich Lakeside. Maritta presented her sculptures at international art fairs throughout Europe, and 2019 at the Biennale of Venice, Italy. It is the combination of movement and architectonic forms in Maritta Winter’s sculptures that has led many of them to be displayed in public squares and buildings, such as in Prime Tower in Zürich, Cultural Center in Hésingue and the Aston Martin showroom.

What influence does the visual environment have on our condition?

To what extent can the sight of balanced, centered shapes (cause) trigger the viewer to balance himself? These are subjects Maritta thinks about. The predominant form is round shapes that brings to mind the generosity of nature, the sensuality of a body and the vitality of dance. Tenderness and strength are expressed at the same time. Her sculptures evoke a sensory world in which the forms are called upon to touch the shapes and to be carried into a beauty and rhythm. Her longstanding engagement with architecture revealed parallels to the sculptures she creates. « It’s a different scale, the effect of shape and color remains the same. » 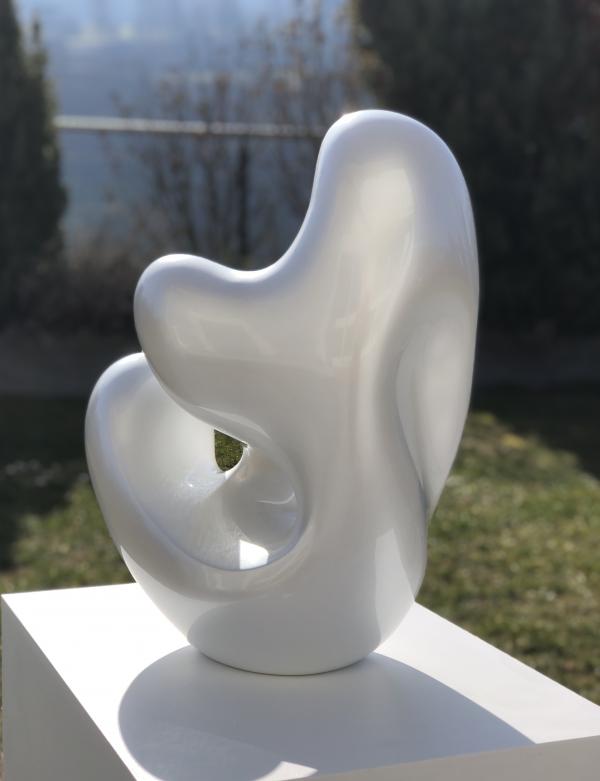 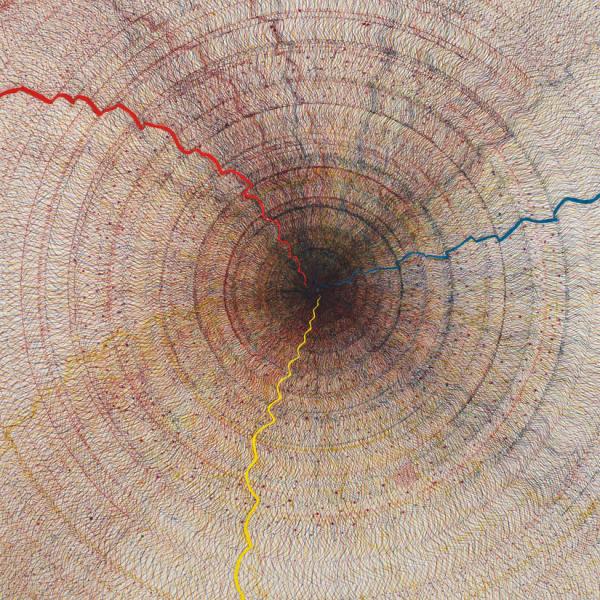 BARDH-I (Rafet) JONUZI-T (1964, born in Presheve, Kosovo) is experimenting with art methods, and one could say that his method is the Experiment itself. His question revealed, we are lured into zero point with coordinates spreading infinitely in all directions; in the unknown of micro and macro cosmos. Exhibition is light-years travel to the “Question mark” outpost.

With series of drawings and installations  Rafet engages itself in the search for New Human. What is and where is what we commonly call human, and do we need a new definition of it so desperately. He leaves us questioning about numerous possibilities and impossibilities of the world we inhabit and the one we don’t. His art is based on and inspired by contemporary scientific discoveries.

An experiment, in which patients are subjected to brain surgery in conscious state, shows how patients, under influence of electrical stimulus to certain parts of brain, are being provoked to lift leg or arm or move lips and even speak. One can hardly say that we have free will when our behaviour is also determined by lows of physics.

Cognitions of Molecular Biology are showing that biological processes are determined by lows of Physics and Chemistry same as planetary orbits.

“We are nothing else then a BIOLOGICAL MACHINE and FREE WILL is just an illusion.” R. J.